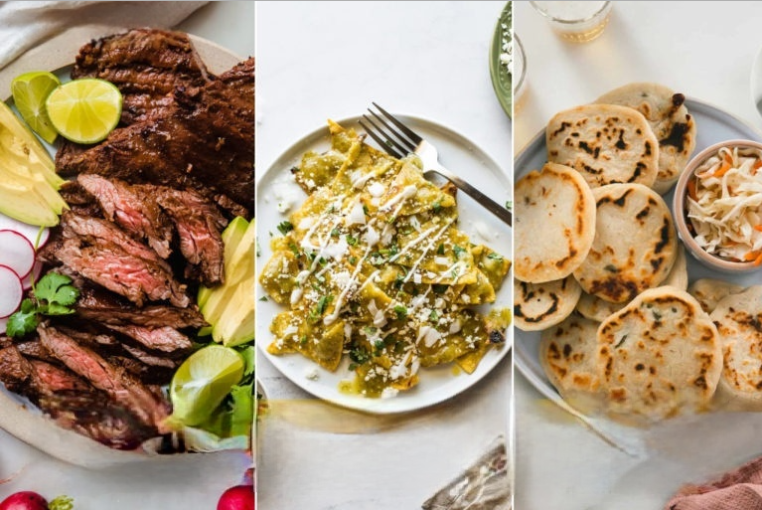 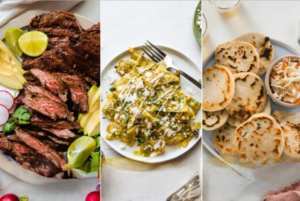 This list is for you if you get tired of the same old dishes, relish the opportunity to sample new cuisines from around the world, or are planning a vacation to Honduras. Here is a list of some of the most popular traditional foods and snacks in Honduras. Count on us to serve up the best meals.

The United States is surprisingly rife with Honduran eateries serving the aforementioned fare. They include such well-known spots as Costas and Buena Vista in New York and Benito’s and El Catrachito.

The materials and instructions for preparing these meals are provided. A true taste of Honduras can be had by attempting to prepare some of the country’s traditional dishes at home, provided you have access to the necessary components. You can get all of these things at every grocery store in the United States, whether big and small.

Is your stomach ready for a trip to Honduras? Here are 17 of Honduras’ most beloved regional specialties. 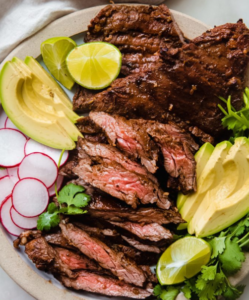 Honduran carne asada is a popular street food. The meat is marinated in seasonings before being grilled, which enhances its flavor. Carne asada is seasoned with salt, pepper, cumin, oregano, onion powder, garlic powder, chilli powder, paprika, and lime juice.

Don’t marinate your Carne asada for longer than 4 hours if you don’t want it falling apart.

You can expect to see it on the table at your local taqueria’s taco night. Accompany with tortillas, avocados, and salsa. Meals like rice and beans, which feature carne asada, are staples in the Mexican cuisine. Although flank steak, flap meat, and beef chunks are acceptable substitutes, carne asada is best made with skirt steak due to its rich flavor. 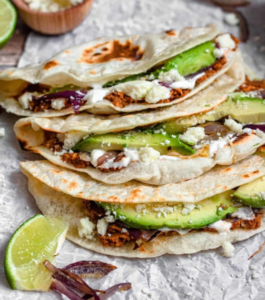 Baleadas are originally from the northern coast of Honduras. According to legend, a young mother who had a food stall and catered to railroad workers is responsible for popularising the Baleadas dish.

Refried red beans, matequilla rala, and crumbled cheese are typical fillings for a traditional Baleadas dish’s thick and fluffy tortilla. Honduran refried red beans are a key ingredient in this street cuisine because of their robust flavour.

While pinto beans, Salvadoran beans, and silk beans would all work, they wouldn’t have the same classic Honduran flavour. There’s a wide selection of baleadas to choose from. Scrambled eggs, avocado, chorizo, or meat also work well in a baleada. It would be a shame to visit Honduras and not try at least one Ballade 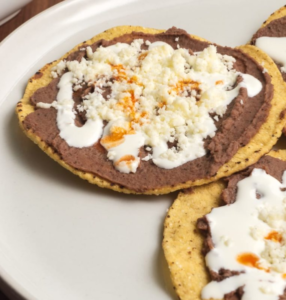 You can eat Catrachas, a popular Honduran dish, whenever you like. Catrachas can also be referred to as Honduras Bean Tostados.

This tasty snack is made with fried corn tortillas that are topped with refried beans, cream, and cheese. Most people eat catrachas with their hands. In order to enhance the flavor, some people like to drizzle their Catrachas with hot sauce, add avocado, or use any other condiment they like.

It’s quick and easy to make (it takes about 8 minutes) and serves 2. During the hectic week, catrachas are a go-to meal. Unlike junk food, catrachas is a healthy snack option in Honduras. You can wash down your Catrachas with some Pinol, the national alcoholic beverage of Honduras. 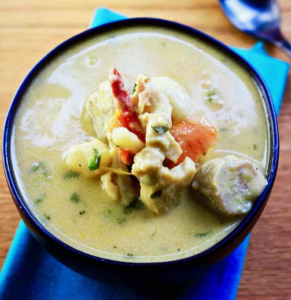 Soup de caracol is sometimes referred to as sea soup because of the use of sea snails in the dish. Sea snails are optional in this Sopa de Caracol recipe.

A popular hit song from the ’90s was inspired by a wholesome bowl of soup. You can have sopa de caracol with or without rice, but the former is more common. Take a stab at this recipe if you can get your hands on the necessary components. 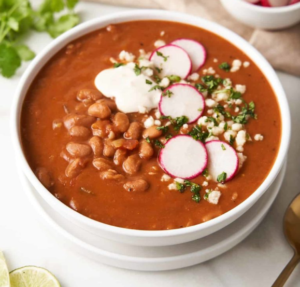 Common ingredients include: cumin, red pepper, garlic, salt, pickled red onions, cilantro, tortillas, and whatever else you would like to add.

Protein is a highlight of this delicious dish. This famous bean soup may be prepared in about 45 minutes using an instant pot or electric cooker. Even though Sopa de frijoles is delicious on its own, it’s even better when paired with tortillas, rice, or bread. 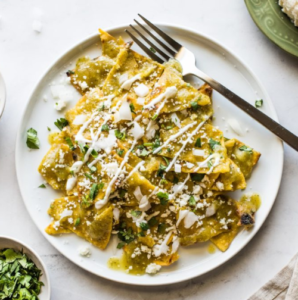 Hondurans eat chilaquiles not only for breakfast but also on weeknights when they are too busy to cook anything else. Tossing corn tortilla chips with salsa and cheese is a tasty treat. The tortillas are first cut into triangles before being fried.

To prepare it, you will need to use ingredients like fresh tomatoes, cilantro, jalapeo, onions, garlic, lime, cumin, sugar, chilli powder, salt, and pepper.

One of the quickest and easiest Honduran dishes to make is chilaquiles. Onions, avocados, scrambled eggs, beans, and shredded chicken are just some of the toppings that go well with chilaquiles. 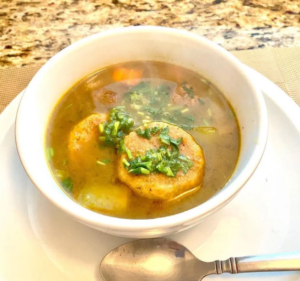 Sweet and velvety, the Olanchano Tapado soup lunch is a favourite among fans of sea soup. Tradition has it that this soup dish was created when a housewife needed to make do with a limited number of ingredients. Because of the inclusion of many sugary fruits and vegetables, this sea soup is both nutritious and delicious.

For this particular supper soup, the darkest plantains are chosen as they contribute the soup’s distinctive sweetness. If you’re visiting Honduras, you can’t leave without trying the Olanchano Tapado. 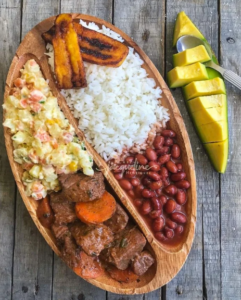 The Plato Tipico, often called the national dish of Honduras, is actually a fairly typical meal due to the fact that it is not prepared as a single dish. The Plato Tipico is a multi-course feast composed of individually prepared dishes. One of the most well-liked foods in Honduras is a dish called “refrigerator soup,” which is made with leftovers from other meals.

Sour cream, cheese, avocado, and corn tortillas are typical accompaniments to the Plato Tipico. You may quickly and simply make a Plato Tipico supper out of any leftovers of these dishes you may have laying around your fridge. Even if you don’t, you can whip up a tasty Plato Tipico in no time. 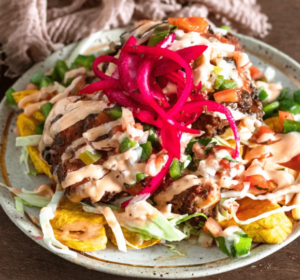 Very rarely does one dish feature a really novel amalgamation of ingredients. Most Hondurans enjoy this fantastic snack food because of its satisfying blend of tastes.

The time spent in preparation is definitely rewarded with this delicious snack meal. But if you already have some of the ingredients, it’s easy to whip up. The truth is that you can’t visit Honduras and leave without trying some Pollo Chuco. 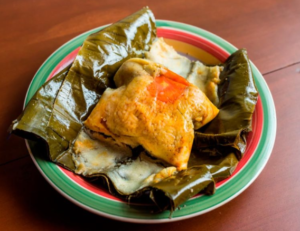 Among native Hondurans, nacatamales enjoys widespread acclaim as a traditional and delicious sweet treat. The time and effort put into preparing this dish is well rewarded with authentic Honduran flavor.

Upon completion, this aromatic meal is wrapped in banana leaves. Nacatamales are served at celebrations such as weddings and other ceremonies. On Sundays, they’re a popular choice for breakfast for some. 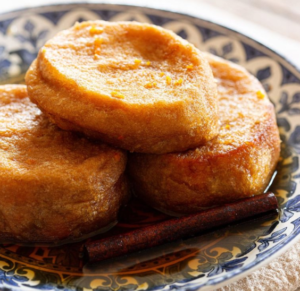 The Honduran equivalent of French toast is called Torrejas. Torrejas are made with sliced bread that has been dipped in eggs, battered, and then fried till golden brown and crisp, and then drizzled with a sugar syrup. Most people have a toreja for breakfast since they are sweet and delicious.

They are also common fare at parties, festivals, fairs, and carnivals.

This meal has become synonymous with Easter celebrations in Honduras. This regional fare pairs well with a fruit salad or some sausages and is quite simple to prepare. 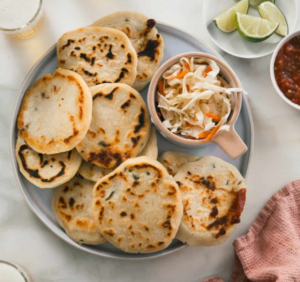 For its long history and widespread recognition as an economic boon to Honduras, this snack is among the country’s all-time favourites.

Pupusas resemble pancakes, but they’re prepared with cornmeal or rice flour instead of regular flour. You can find people eating pupusas of diverse shapes, sizes, and fillings all around Honduras.

Corn or rice dough is used to create pupusas, which are then filled with a variety of fillings such cheese, chicharron (pig meat), beans, shrimp, and fish. The most common condiments for these are pickled cabbage, jalapenos, and tomato sauce. You can buy them at any of the country’s many tourist information booths. 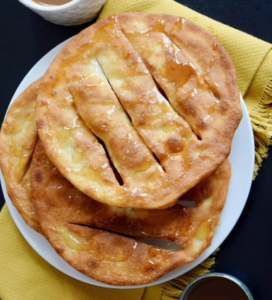 One common traditional dessert is Macheteadas, which are typically produced from any leftover wheat flour. Macheteadas are a combination of flour, milk, water, coconut oil, baking powder, and eggs.

Golden and crunchy on all sides, the dough is fried in oil. A properly fried macheteada will have a slightly dense middle.

Breakfast in Honduras typically consists of a sweet dish like this one. You can use honey or ant syrup to sprinkle it. Any kind of beverage, hot or cold, goes well with it. 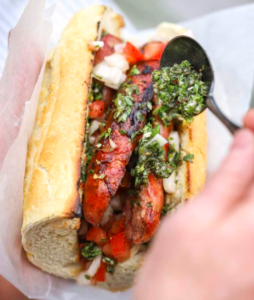 Choripan is the most sought-after street food in all of Central America. Across Honduras, you can find vendors selling the national sandwich, the choripan, on just about every street corner.

There are three main categories of ingredients in a choripan: crusty bread, chimichurri sauce, and salsa Criolla.

This delicious and healthy snack is full of essential nutrients like vitamin A, potassium, and calcium. Choripan can also be referred to by its affectionate short name, Chori. 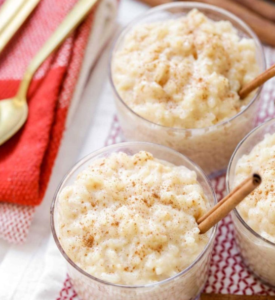 Most people have this delicious treat during breakfast. Due to the abundance of rice and milk in most Honduran households, the Arroz con Leche is one of the country’s quickest-to-prepare mainstays.

Jasmine long grain rice is a great option for those who like to take pleasure in their food’s aroma while they eat. Coconut flakes, dried fruit, and broken chocolate bars are all delicious additions to Arroz with Leche. 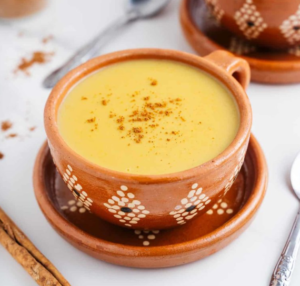 This popular soup is made from a sweet and milky combination of fresh corn. The flavour and richness of this dish are enhanced by the addition of other components.

It goes great with tamales but is delicious on its own as well. Atol de elote is a staple of Honduran breakfasts and afternoon snacks.

Others don’t like their Atol de Elote as thick as some do. The quantity of corn used determines the final thickness. If you want to get the most out of it, drink it hot out of a Jarrito, a traditional Mexican clay mug. 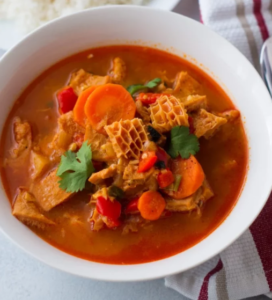 On special occasions in Honduras, sopa de mondongo is served. Sopa de mondongo is prepared by boiling and stewing beef tripes with other ingredients such as carrots, potatoes, garlic, onions, cilantro, and tomato sauce.

You can eat sopa de mondongo with rice, or you can eat it all by itself. Once you have all the ingredients on hand, this tasty dinner can be whipped up in no time.

Take this food list with you if you’re venturing into unfamiliar cuisines or planning a trip to Honduras. It wouldn’t be a proper vacation if you didn’t try some of the delicious regional specialties.

In the meantime, you can find many of the key ingredients for these dishes at international food markets in the United States, and then whip up a delicious rendition of the dish that most piques your interest.