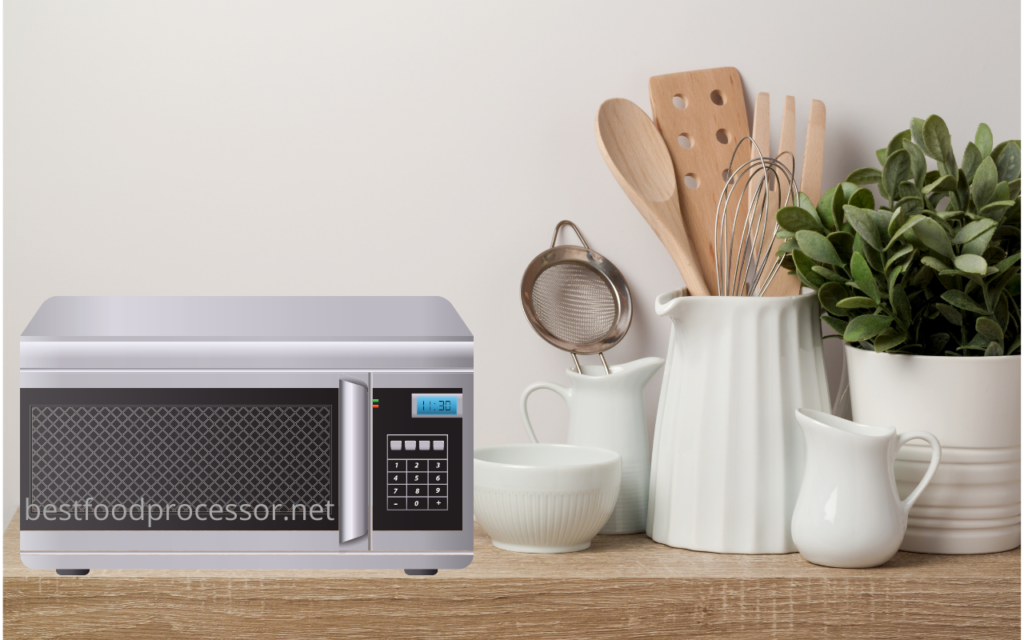 In today’s society, most houses have at least one microwave. However, microwaves were not really a thing until the 1980s. It was estimated in 1986 that only a quarter of American homes had microwave ovens, but by 2008 that number reached 95%. However, how much do you know about your microwave oven?

How Many Amps Does a Microwave Use During Working?

It’s interesting to find out that the manufacturers and electricians usually recommend a 15- to 20-amp circuit. This is because although a microwave oven emits 1,000 watts, that does not necessarily mean it only uses that much energy. Typically, a microwave oven of 1,000 watts consumes approximately 1,700 watts.

For a specific amperage, you need to divide the wattage used (1,700) by the voltage (122). A microwave oven needs a circuit with at least 15 amps all by itself, which is 1,700 divided by 120. In this case, you would trip the breakers frequently if anybody else plugged into that circuit. To be on the safe side, I would recommend using a 20-amp circuit.

In case you don’t know how many watts your microwave uses, you can find out through several methods. It should first of all be included in the owner’s manual. But we often throw it away or lose it about a week after getting a microwave oven, right?

In the event that you cannot find your owner’s manual, you can always look at your microwave oven. It is likely that both the input and output wattage will be listed on the interior of the door. In that case, check one of the inside walls of your microwave oven. In addition to the wattage, you’ll also see the voltage, which is normally 120.

It is possible to determine the wattage of your microwave oven a little less precisely. Despite not being as professional, I find it interesting. In other words, it is a boil test. You can find out how long it takes your microwave to boil one cup of water by measuring the time. The table below provides more information. 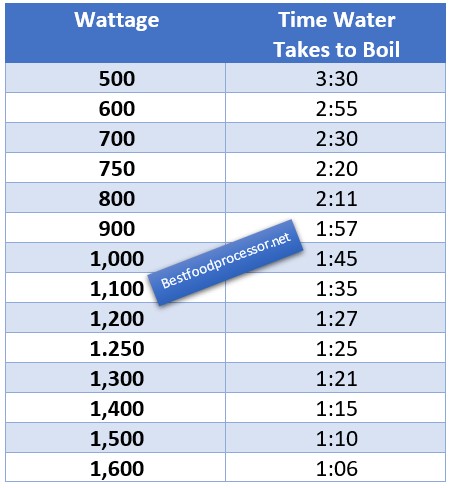 A Science That Isn’t Exactly Accurate

Although this method has some limitations, there are some advantages as well. You should be aware that boiling times will vary depending on the container in which you put the water. You will be able to use this method with a generic ceramic coffee mug. A glass of boiling water, however, makes the process easier to observe. If you use a thick glass such as a measuring cup, the results should be the same as with your coffee cup.

The Amps and the Watts

It is a little different if you’re worried about How many amps does a microwave use? due to your circuits. If you’re going to use a circuit, you can only load it up to 80% of its rating. Thus, you can’t use a 15-amp circuit for a microwave oven that pulls in 1,700 watts.

You multiply amps by volts to find the wattage that can be used for a circuit. An electrical circuit that uses 15 amps at 120 volts can provide a maximum power of 1,800 watts. A microwave oven with a 1,000-watt power output would require 1.440 times 80% of 1,800. Using a 20-amp circuit would allow a 1000-watt microwave oven to operate at maximum power.

Specifically, we are taking the microwave input power (not the output power)

Give the Microwave its Own Circuit

Microwaves need their own circuit, regardless of how many amps they use. This is because the microwave can draw large amounts of current when it first starts or when it changes cycles.

As mentioned above, most microwaves work on a 20-amp circuit. You will need more power if it is more than 1,100 watts. A microwave oven that draws 1,200 watts draws approximately 2,040 watts. In that case, a 25-amp circuit would be needed to provide enough power because it is capable of handling 2,400-watts at 80%.

Even though extension cords are typically not recommended for large appliances, sometimes there is no choice. A cord with a wire gauge that can support the input current needs to be used if you need to use an extension cord. For example:

The efficiency of electric devices cannot be 100%, so some watts will get lost in the process. Microwave ovens lose much of the input power before it can be converted to microwaves. About 60% of these inputs are wasted. So a 1,000-watt microwave needs about 1,700 watts to perform as advertised.

Q/A’s about How many amps does a microwave use?

How Do I Know if My Microwave is Malfunctioning?

Occasionally, if the microwave malfunctions (or another appliance), the circuit breaker will trip. If a microwave is overloading a circuit despite not drawing more watts than it should, it could mean the device is faulty. The following steps can be used to test a microwave:

Step #1: Plug it In Connect the microwave to an amp-rated outlet, such as your garage or workroom, to begin.

Step #2: Turn it On. Try turning on the microwave and see what happens.

Step Four: If it Does Not Trip. If the circuit breaker does not trip, that means there is nothing wrong with the microwave. A circuit with a higher amp rating is required to plug in your microwave.

How Many Watts is Good for a Microwave?

Typically, a 1,000-watt microwave is enough to heat food in most homes. The microwave ovens with that power would be considered average. A microwave’s power increases with its wattage, so it’s more powerful. Cooking your food with more power will make it more evenly cooked and faster.

Consider how long it takes your microwave oven to cook a baked potato to see how wattage matters.
For example:

Is it possible to increase the amperage in my box of breakers?

Before you increase the amp rating of any circuit breakers in the breaker box, you should consult a professional electrician. Your home’s electrical system is wired with carefully calculated breakers to ensure the wiring won’t become overloaded.

If you increase the amps of one of your breakers without knowing what you’re doing, you may cause an electrical overload or even a fire. Nevertheless, if you talk to an electrician and get the OK, the job isn’t too difficult.

Step #1: Turn Off the Power. It’s always a good idea to turn off your home’s electricity when you’re working on anything electrical. Make sure it is off by turning on a light or using an outlet.

Step #2: Remove the Panel. The outer panel can be removed by unscrewing the screws and pulling the cover off.

Step #3: Removing the Circuit Breaker. Identify the circuit breaker that needs to be replaced and remove it from the box. The answer should come out right away.

Step Four: Put in the New Breaker. Don’t exceed the limit the electrician has approved. Reinstall the panel and turn on the power. This is all there is to it.

How many amps does a microwave use has been discussed extensively here? Input current was specifically discussed and why it is important. An electrical circuit and electrical components require consideration of the input current or the current drawn.